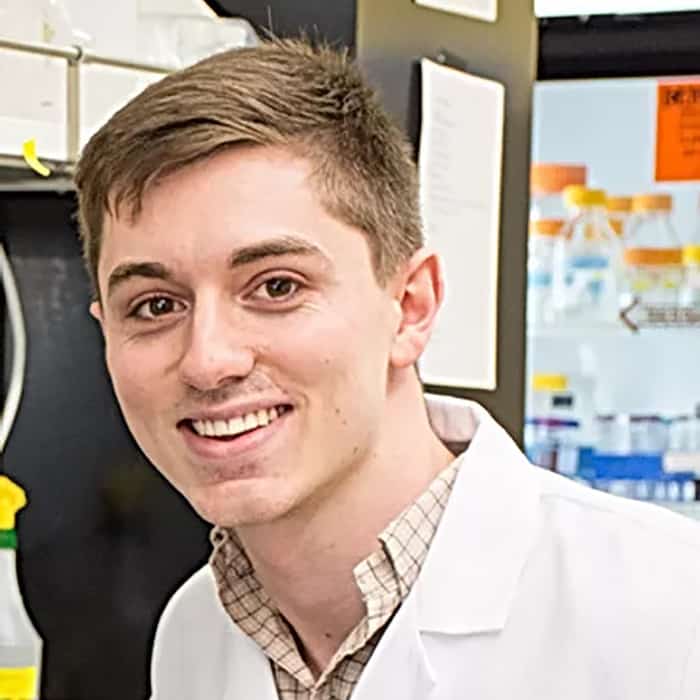 Jarrod graduated in the Spring of 2016 with a B.S. degree in Biology. He joined the Medina-Bolivar lab in the summer of 2013 and began working with hairy root cultures of annatto and American skullcap. While in the lab, he used annatto hairy roots as a bioproduction platform for terpenoids and studied the anti-inflammatory activity of hairy root extracts in mouse adipocytes for his honors undergraduate thesis. During his time at A-State, he presented his work at multiple local, national, and international conferences. Currently, Jarrod is pursuing a Ph.D. in Pharmaceutical Sciences at the University of Kentucky College of Pharmacy in the lab of Dr. Sylvie Garneau-Tsodikova. There, Jarrod is studying the role of key antibiotic resistance enzymes in the pathology of Mycobacterium tuberculosis.